We had to be up very early this morning as most of the ship needed to be seen through customs at the Port of Eilat.

It was a matter of hurry up and wait as we were called in groups to disembark the ship!  Our tour brief said to wear ‘good shoes and light clothing.’  But the weather had turned cold  and I didn’t want to freeze.   I decided the best was to wear jeans and a t-shirt and to take a cardigan and fleece.  I am so glad I did as it was freezing in the Timna Valley!

Once through customs at around 8:30 we set off in a bus with our Israeli guide who spoke English.  A Costa Staff member interpreted in Italian.   Our guide was amazing and gave us plenty of interesting information as we travelled  the 30 km to Timna Park.

The area is rich in copper ore and has been mined since 5000 years BC.  The mines were possibly part of the Kingdom of Edom and were worked by the Edomites who according to The Old Testament were the enemy of The Israelites.   The Israelites and Nabataeans also mined copper right through to the first and second centuries AD.

Copper was used to make beautiful ornaments and also for stone cutting.

Seen from the bus en route to Timna Park

The Goddess indicating the route to the mining sites

The Earl taking a break

A chat of some sort caught my attention

After seeing where the copper rich area was we went to the Smelting Camp. 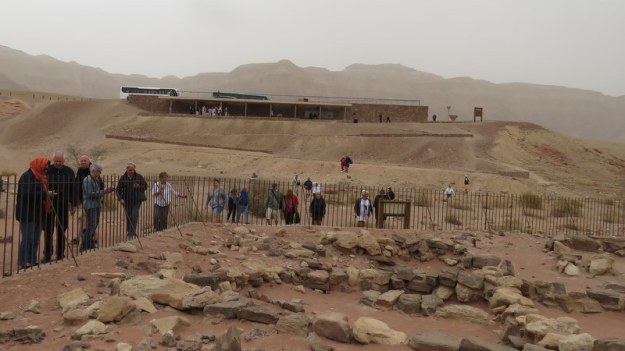 Ruin of an ancient workshop 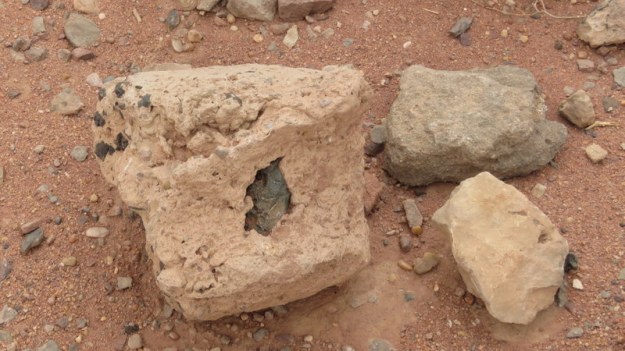 Copper ore in the rock 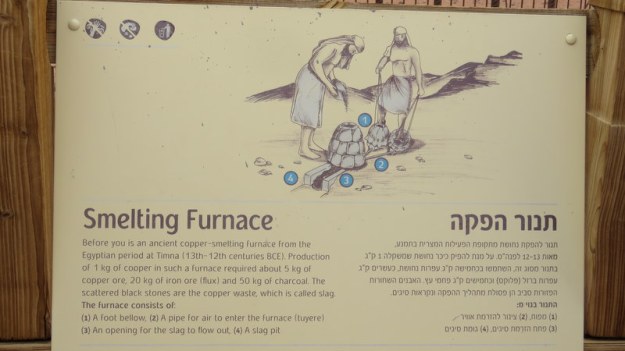 An interesting Geological phenomenon  was the mushroom rock caused by wind erosion. 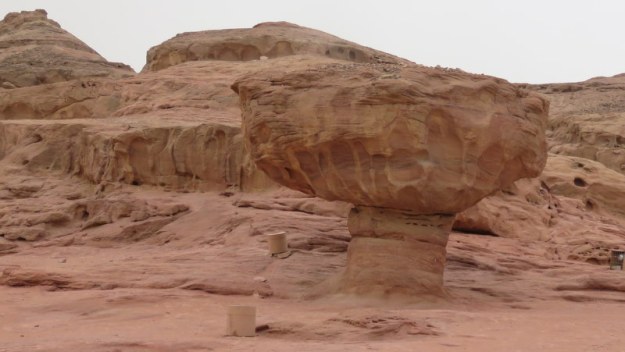 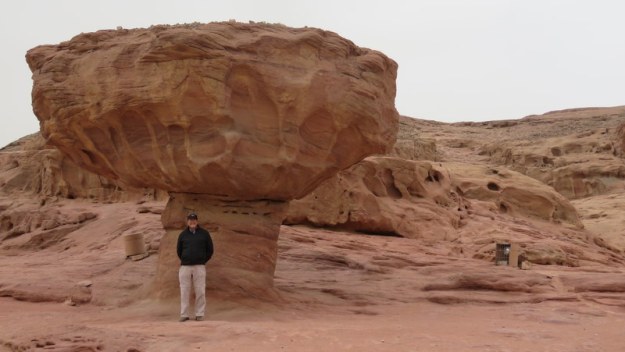 We also visited  Solomon’s Pillars, natural structures that were formed by water erosion through fractures in the cliff.

In the 1930s an American archaeologist, Nelson Glueck suggested that the pillars were related to King Solomon having been in the area and thus he gave them his name.  There is, however, no evidence that this is true, but excavation in the area began after his discovery. 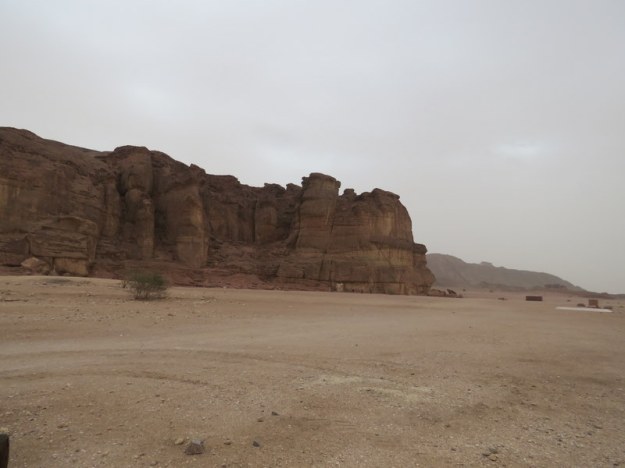 At the base of Solomon’s Pillars, a small Egyptian temple dedicated to Hathor, Goddess of mining, was excavated.  We visited a shrine and saw rock carvings of Ramses III with Hathor at the top of some steps, carved into the stone.    I climbed the steps with a few other fit members of our group and the view from up their was worth it.

Shrine to the Egyptian Goddess, Hathor 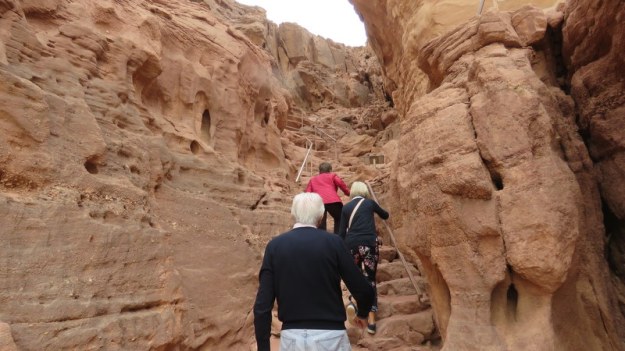 Climbing the stairs was not for the fainthearted. 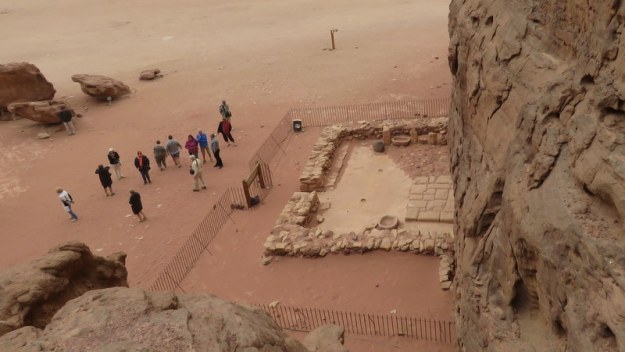 The photos do not do justice to the underwater observatory but seeing the coral and fish in their natural habitat was an amazing experience.   I could have stayed there for hours.

The aquarium was great too but not unlike the ones in Cape Town and Sydney.   However, more time there would have been great too. 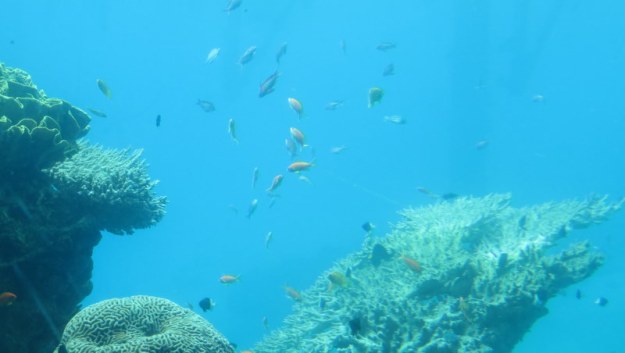 When we got back to the docks we got straight onto a shuttle bus with an Australian woman, Judy who we met at the observatory.   The bus dropped us at the Hayam mall in Eilat.  Our first stop was at the Pharmacy where we bought some just in case cold remedies and Vitamin C as half the passengers on board are coughing and spluttering and there’s no medication available in the ship’s shops.

We then went to have lunch at a mall restaurant.  Earl and Judy had Tuna Salad – absolutely awesome and I had a traditional dish made with eggplant and cheese and a spicy sauce.  It was served with a generous green salad with extra olives on the side.  It also came with a huge bread roll which I’d asked to be left off.  Earl also declined bread but Judy didn’t.  They got that part of the order mixed up so I gave her my roll.  The food was expensive but worth every shekel!