As we cruised into Limassol Cyprus this morning we saw that The Queen Mary II had overtaken us in the night and was already docked. 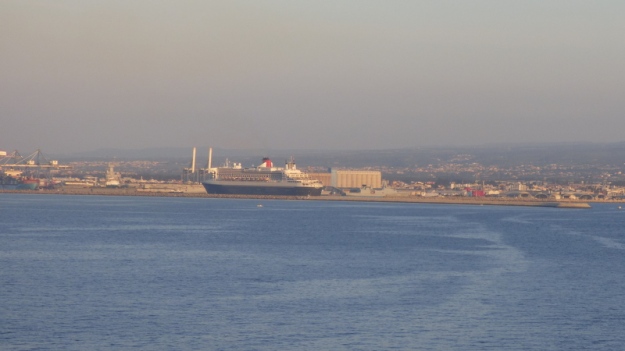 Our first impression of Cyprus was a good one.  It was a beautiful Spring Day and we took photos from the deck as we cruised in. 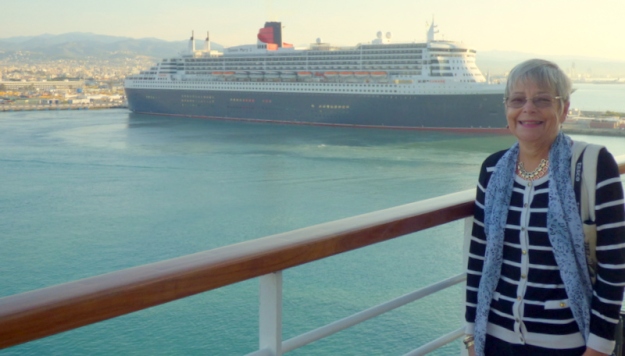 Our bus left just before 9:00  and we had both Italian and English speaking passengers with a guide for each language group.   The English Speakers had George who was just awesome.  He spoke clearly and slowly and gave us a constant flow of information on the agriculture, nature, birds and history of the island as we travelled the scenic route to Paphos. 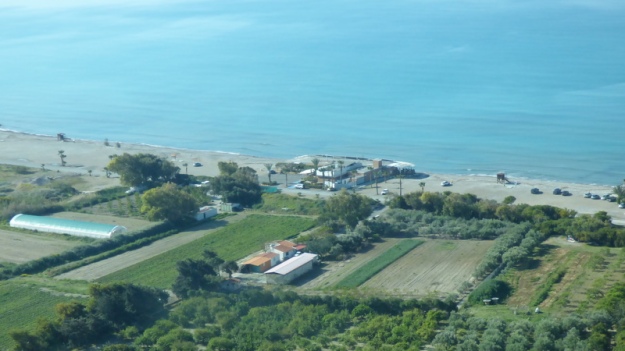 Greek mythology is fascinating and we certainly learned a great deal about the gods and goddesses on this trip.   A story that captured our imagination was the birth of Aphrodite – Goddess of love and fertility.   There is a camel shaped rock at her birthplace in the sea and if a maiden wants to be more beautiful, she will be if she swims around the rock, three times, in the nude at full moon!

The Birthplace of Aphrodite – Come on girls – do that swim!

We also visited the Paphos Archeological park to see the Kings’ Tombs and the Paphos Mosaics.

The underground tombs date back to the fourth, fifth and sixth century BC.   They are carved out of solid rock.  No kings are actually buried here as no kings resided there.  In the fourth century Cyprus was under Persian Rule and later under Egyptian rule.  Some of the tombs feature Doric Columns.

The floor mosaic archaeological site was fascinating. Elite homes and palaces were decorated with mosaics depicting every day life and stories about the gods.   The mosaics are from houses of different eras between the second and fourth centuries AD, thus covering the Hellenistic period until the Byzantine period.

Many houses and mosaics were destroyed over the centuries but five houses can be seen a Paphos. 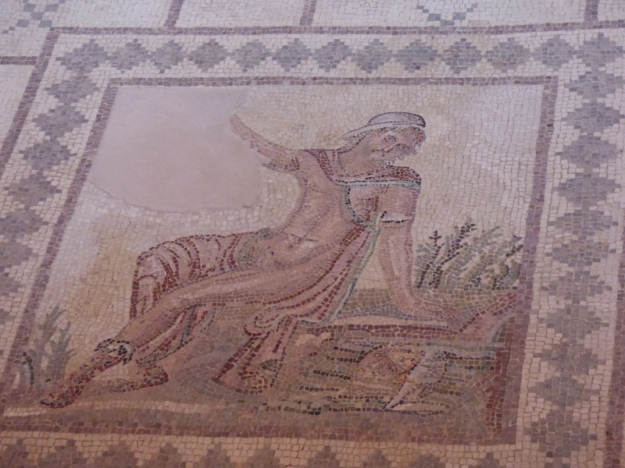 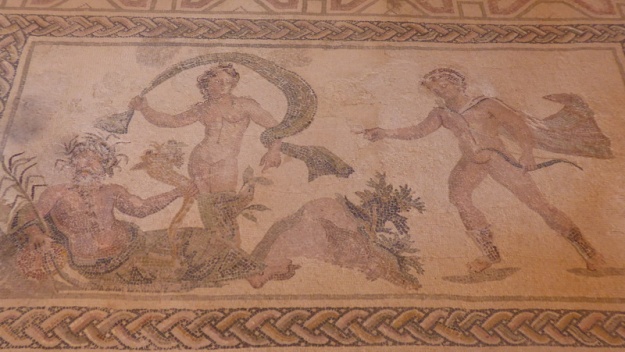 The spring flowers in the park were also really beautiful 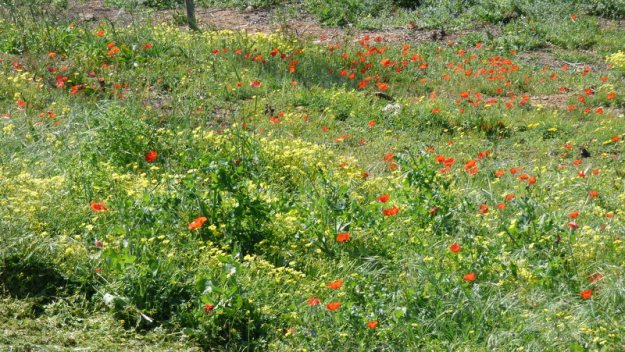 We then had free time and The Earl and I walked along the waterfront and then had coffee at a local pavement café.   Cyprus s truly amazing.  It would be great to spend a whole week here.

1 thought on “Cruising with Costa – Cyprus”