Are you more a thinker or a doer?    (credit to Cyranny of Cyranny’s Cove for this one)

I would say that I am more of a doer than a thinker.  I tend to act before I think about all the options. Usually, it all works out well because I am quite intuitive too.  But there are times when I should have thought it through first.   For example, I tend to rush to the aid of someone without thought of my own safety which results in my becoming hurt too so I can’t help that person anyway!

Why is beauty associated with mortality?

Is it?  Although I guess when one sees a dead loved one they do look as if they’re at peace.  Is that a kind of beauty?

If everyone spoke their mind (told the literal truth), would this world be a better place?

Probably not. Sometimes being too truthful can hurt feelings.   However, I like it when people talk straight.  If we could find a balance between telling the absolute truth and breaking it to others gently the world would be a better place.

When I was a child I had blind faith but now scientific thinking has affected my religious beliefs.   For example, I have no trouble blending my belief in both creation and evolution.   In my opinion, God caused evolution. But if the creationists want to believe the ancient story it does nobody any harm.  Scientists will always think ahead.   If they didn’t we would never have found out that the world is a sphere and that ships would not fall off the end of the earth.  After 350 years the Vatican finally admitted that Galileo was right about the earth moving around the sun.  It doesn’t do poor Galileo any good now but the persecution at the time didn’t move him to change his theory. 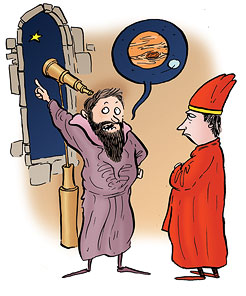 My grandson, Josh, and I took a wonderful walk along Struisbaai Beach on the weekend.  I’d been in the hospital for five days so I had a fresh appreciation of being able to enjoy the fresh air and I expressed to him how much I loved living here.   He wanted to know why and if I could back to being thirty would I choose to live here. My answer was No – I wouldn’t change anything about my past life.  There was a season for everything.  I’d loved raising my children and helping his mom raise him and his brother.  My life certainly hadn’t turned out the way I’d thought it would but when we were thrown a curveball we made choices on how to deal with it.  All of it made us stronger and happier – so no regrets – just grateful for the awesome life I’ve had and am still having.

Here are some photos that make me so grateful to live where I do.