It was a cool 21 degrees centigrade when we left Tsendze at 05:30 this morning, but it sure warmed up quickly!   By the time we arrived at Shingwedzi, it was 42 degrees!

We made good progress on the tar road and spotted the usual suspects but nothing very exciting.  It was, however, good to get the tawny eagle and juvenile Ground Hornbill.  His parents were there too but not photographable. 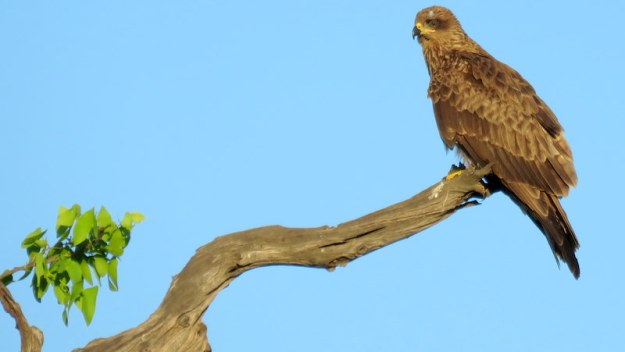 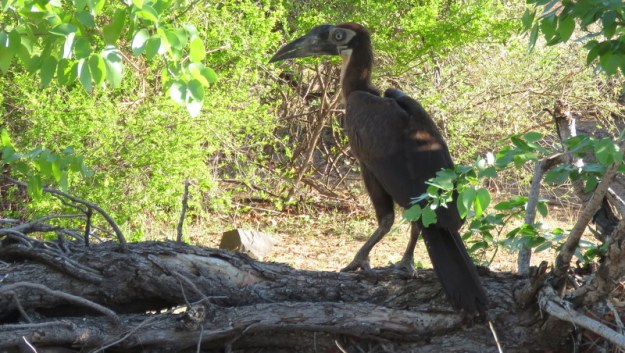 It was really hot when we arrived at our campsite and setting up was exhausting.   After it was done, the Earl made us delicious omelettes for breakfast. 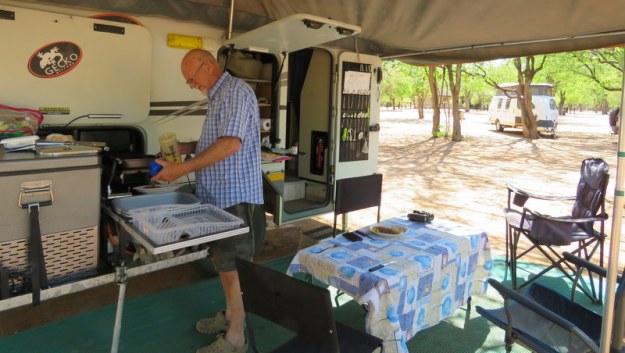 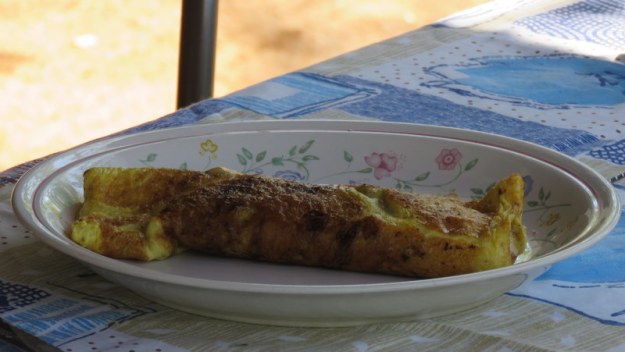 No restaurant can beat this!

It was really great to have our airconditioning back.   We decided not to go out till much later in the afternoon.  There were caravan and computer chores to be done and it was great to be able to do the latter in the cool of the caravan.   Our little home is now clean and the laundry is done.   The laundromat functioned perfectly and one advantage of a clear, hot day is that it dries in no time at all!

Walking from the caravan to the laundry I spotted a few birds but managed to get a few lovely photographs of the colourful crested barbet.  My friend Heather says he’s made out of leftover scraps of fabric!  He is a rather odd-looking bird. 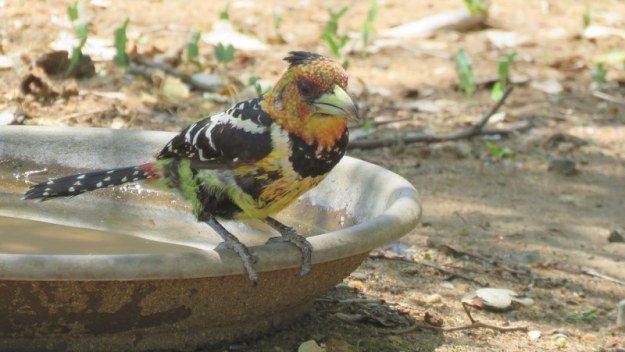 First, he dropped down for a drink from a neighbouring caravan’s birdbath 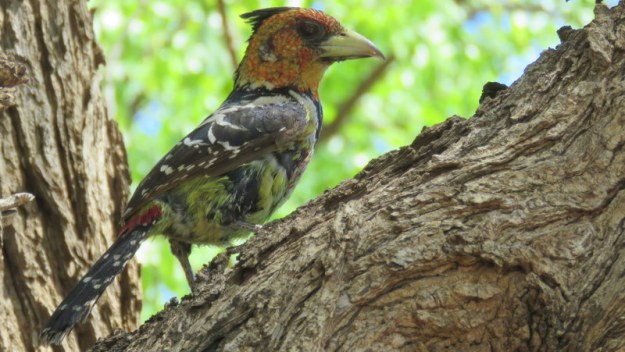 Then he flew into the tree and posed for me

We also had a visitor to our caravan.  This little chap decided that our Everest provided perfect shade for him to relax in. 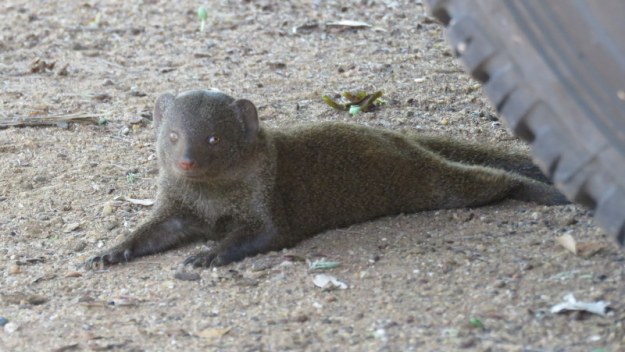 Dwarf Mongoose chilling – not at all shy!

We took a long afternoon drive and there was not a lot to see.  It was lovely to see a mix of animals together and the scenery is very pretty around here.  The river, however, is still very dry. 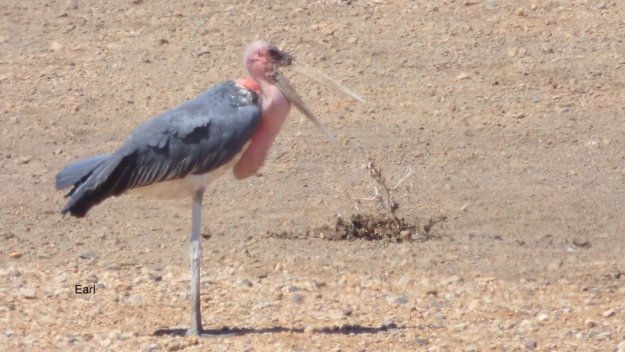 Marabou Stork in the river bed

As we approached a causeway we saw a big troop of baboons foraging and among them were a few impalas. 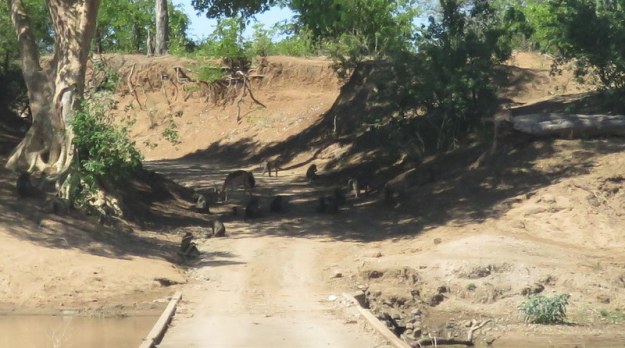 A lovely picnic going on here 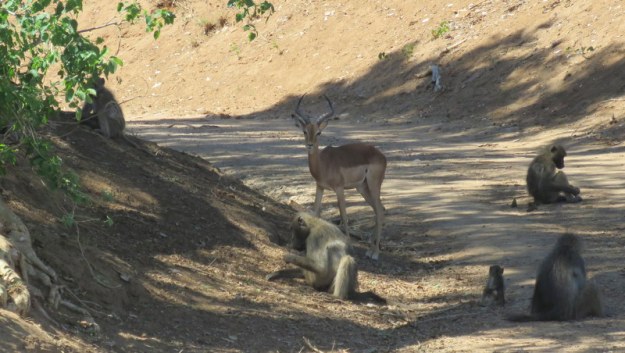 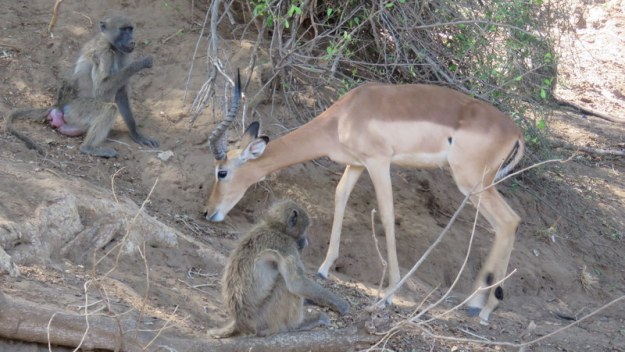 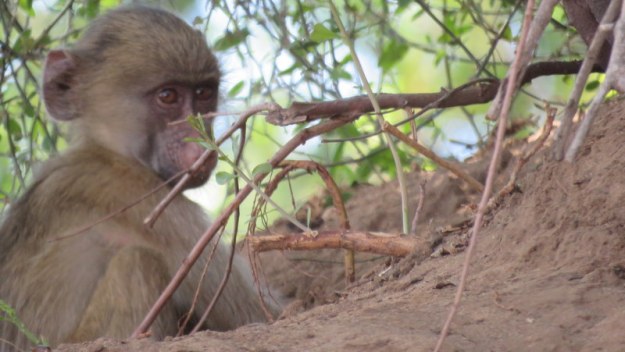 This cutie was having a fun time in this hole 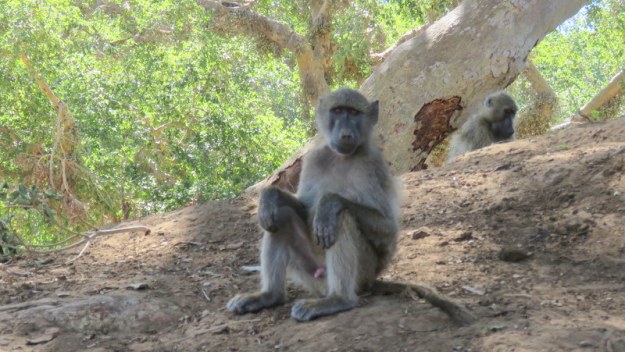 96% of human and baboon DNA is the same!

Later we came across another branch of our relatives. 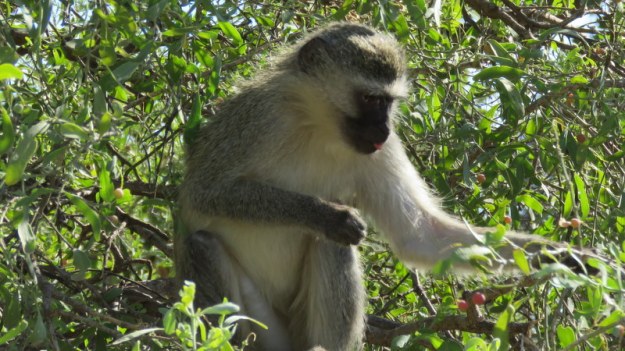 Those berries look good to me too 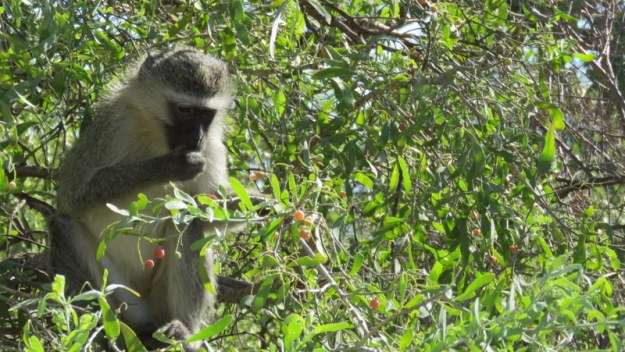 The Vervet Monkey is having a feast of them

Here are other highlights of today’s sightings 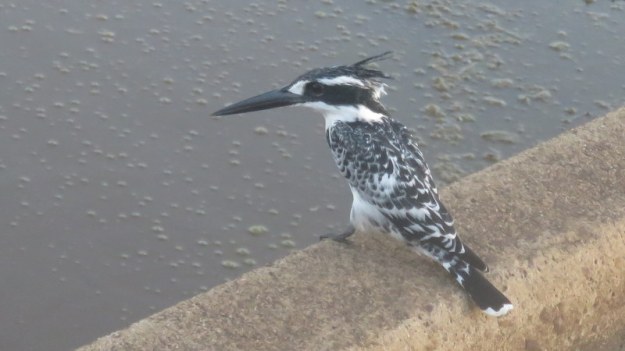 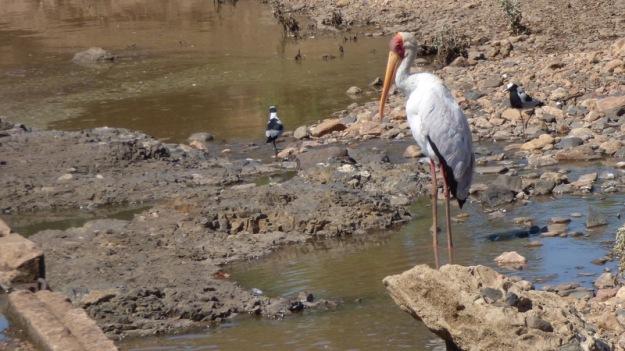 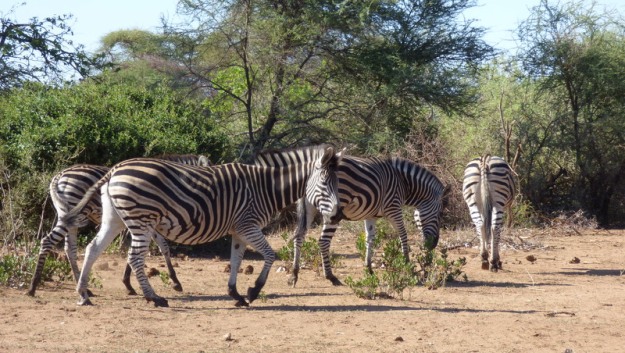 Lots of zebra from time to time 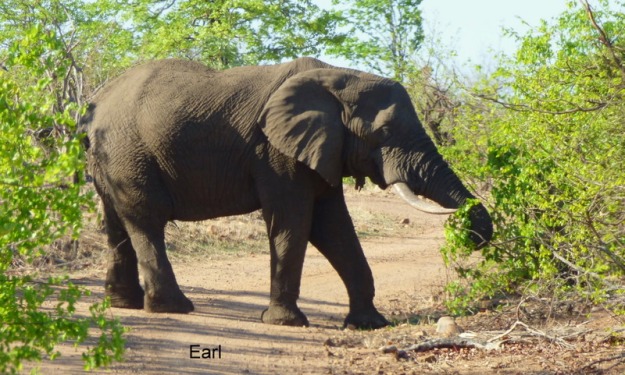 This elephant blocked our way and we thought we might have to wait a long time for him to move.  But he was an elephant and a gentleman and when he spotted us he gallantly moved away.

There were also a lot of small groups of buffalo, now and then a single giraffe or two or groups of three to six, plenty of impalas and some Tsebbes. We returned to camp at quarter to six and I cooked chicken in the Remoska pot for dinner. 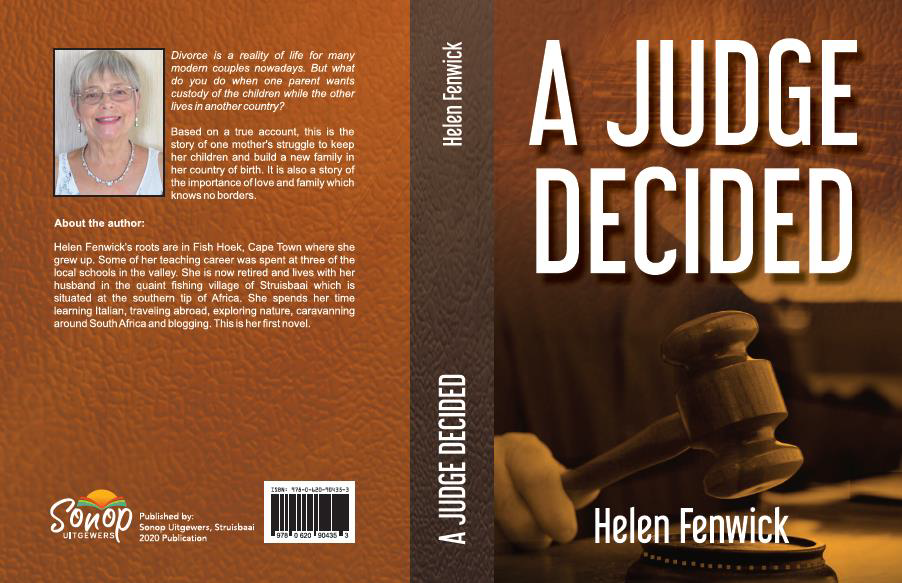